Come To The Mill 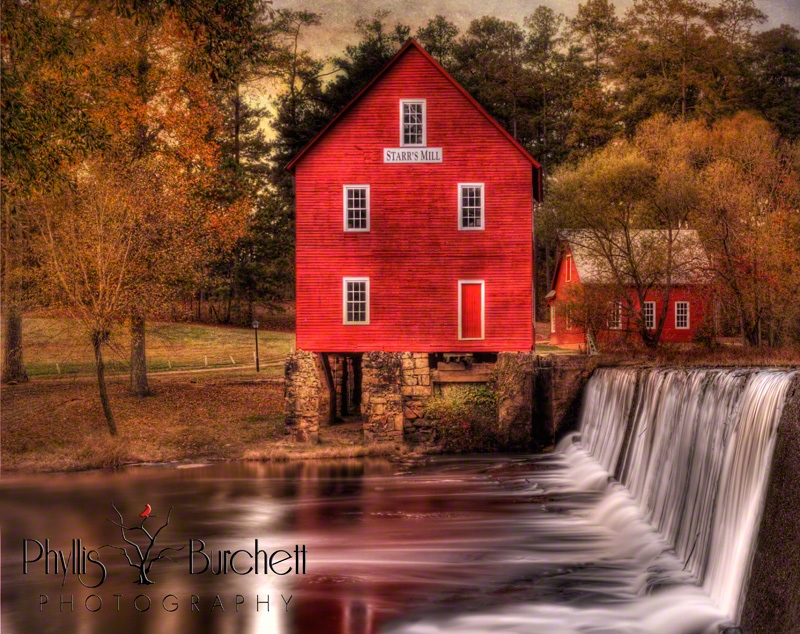 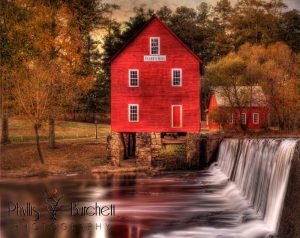 I love old mills….heck, I love just about anything old. Then you add gorgeous fall color, red structures and long exposures with water falling softly in beautiful evening light and oh, gosh….you had me at old. I had never seen this mill let alone photographed it so when a friend called the other day and said “you want to go for a ride?”….I was all in. We had to make it before dark so we gathered our gear and off we went to try and beat rush hour traffic around the Atlanta perimeter.

I have a love affair with long exposures and jump at a chance to photograph any scene that makes it possible to capture them. This is a 20 second exposure focusing on the water and the mill. I would have loved to include a beautiful sunset but we simply did not have one that night. However, the glow from sunset did result in beautiful light illuminating the old mill.

Starr’s Mill, just a few miles north of Senoia, Georgia is probably one of the most famous — or at least the most-photographed — sites in Georgia, featured in numerous magazines and even in the Reese Witherspoon film “Sweet Home Alabama.” Even though a mill was located at the site from a very early period, when Creek and Cherokee Indians were still living in west Georgia, the current structure isn’t nearly so old. The current Starr’s Mill building was actually built by William T. Glower in 1907 to replace a mill that had burned. The current Starr’s Mill is the third mill constructed on the property.

This mill — the building which still exists today, built on the foundation of the original burned mill — operated until 1959, using a water-powered turbine, instead of a wheel, to grind corn and operate a sawmill. The Starr’s Mill site also included a cotton gin and a dynamo that produced electricity for nearby Senoia.

Hope you enjoy and maybe this will encourage you to try some long exposures as well! Thanks for stopping by, Phyllis